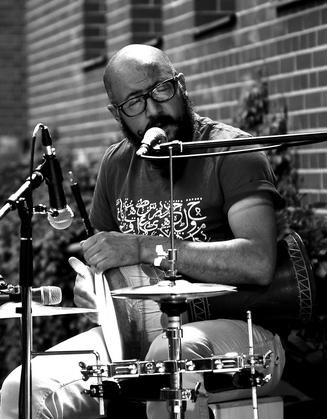 Born in 1975 in Aleppo, Syria, and based in Berlin since 2015, Salam Alhassan is an animation director, illustrator, comics-artist and musician. In berlin Salam pursues his musical career as a percussionist. He is a part of many multinational bands ‒ such as Fattoush or Jamila and The Other Heroes ‒ focused on merging diverse musical genres and influences.

In addition to the music career, Alhassan works as a freelance graphic designer, currently working on a new animated short film capturing stories of struggles of the Syrian war.